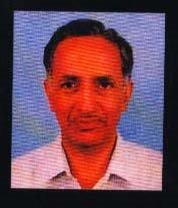 The Centre and the Naxalite-affected states have reportedly drawn up a 'hit list' of 100 top Maoists who have to be neutralised as part of a strategy to tackle this serious internal security threat.

The state police have reportedly been asked to target the 100 'A List' militants on a priority basis. The list was prepared and exchanged at a meeting of senior police officers representing the nine worst Naxalite-affected states on October 27, 2006.

This reminds me of the tactics followed in Punjab. The Punjab police would draw up list of terrorists in A, B and C categories depending upon their threat potential, go after them hammer and tongs and periodically update those lists.

Are we going to apply the same methods to the Naxalites? 'Neutra-lising' is a euphemism for liquidation. Anyone with basic knowledge of counter-insurgency knows that every manifestation of armed insurrection has to be dealt with differently.

Applying the Punjab medicine to deal with the Naxalite problem would be poison. The terrorists in Punjab, it needs to be understood, were brainwashed, trained and equipped by Pakistani mentors.

They wanted to create an independent state of Khalistan. The Naxalites, on the other hand, draw their sustenance from the socio-economic grievances of the people.

The government's tenth five year Plan itself admits that the record of most states in implementing land reforms has been dismal.

Unemployment figures are causing concern to economists. Farmers' suicides are bothering even the PM. An expert group noted with anguish that land belonging to tribals was being alienated in all states despite the existence of an umbrella of protective legislation.

Besides, the Naxalites are not seeking secession from India. One may disagree with their ideological formulation but that would be no justification for planning to decimate them.

Charu Mazumdar's policy of annihilation of class enemies was flawed and criticised by his own party cadres.

Government's policy of annihilating the Maoist leaders would be no less flawed — it would, in fact, be criminal. Having met a large number of Naxalite leaders, I have no hesitation in saying that many of them are highly motivated.

They are convinced that they are fighting for a cause. They are far better than the criminals who have managed to infiltrate assemblies and Parliament and even become ministers.

We have no laws or rules — or the political courage — to banish them. But we want to make cannon fodder of people who are motivated by a different ideology, howsoever convoluted.

This is not to say that police action against armed guerrillas should not be taken. When they challenge the authority of the state, as in their attack on the Jehanabad prison, there is no option but to take stringent action against them.

If, in the process, any Naxalite leaders get killed, it is too bad. However, any tactics which essentially target them would be wrong in principle and reprehensible in practice.

Why can't the government give an impression of being serious on land reforms, on removing unemployment and disparities, and upholding rights of tribals?

It is not implied that these problems can be solved within a few years. But we can certainly move in that direction.

Once the people are convinced about the direction, there is no doubt that the Naxalite movement will wither away. The 'Status Paper on the Naxal Problem' released in March 2006 for the first time outlined the various features of government's policy on the subject.

It appropriately mentioned that government should adopt a holistic approach in dealing with the problem. However, clause 4 (v) of the paper states that 'there will be no peace dialogue by the affected states with the Naxal groups unless the latter agree to give up violence and arms'.

This is inconsistent with government's stand vis-a-vis other militant groups in the country. The government has been holding peace talks with Naga rebels of the NSCN(IM) faction for the last nine years even though they have not surrendered their weapons and continue to build up their arsenal.

Why a different approach to the Naxalites? We have to be fair to them while enforcing the writ of the state.